How Was The Seattle Eastside Real Estate Market in January, 2012? 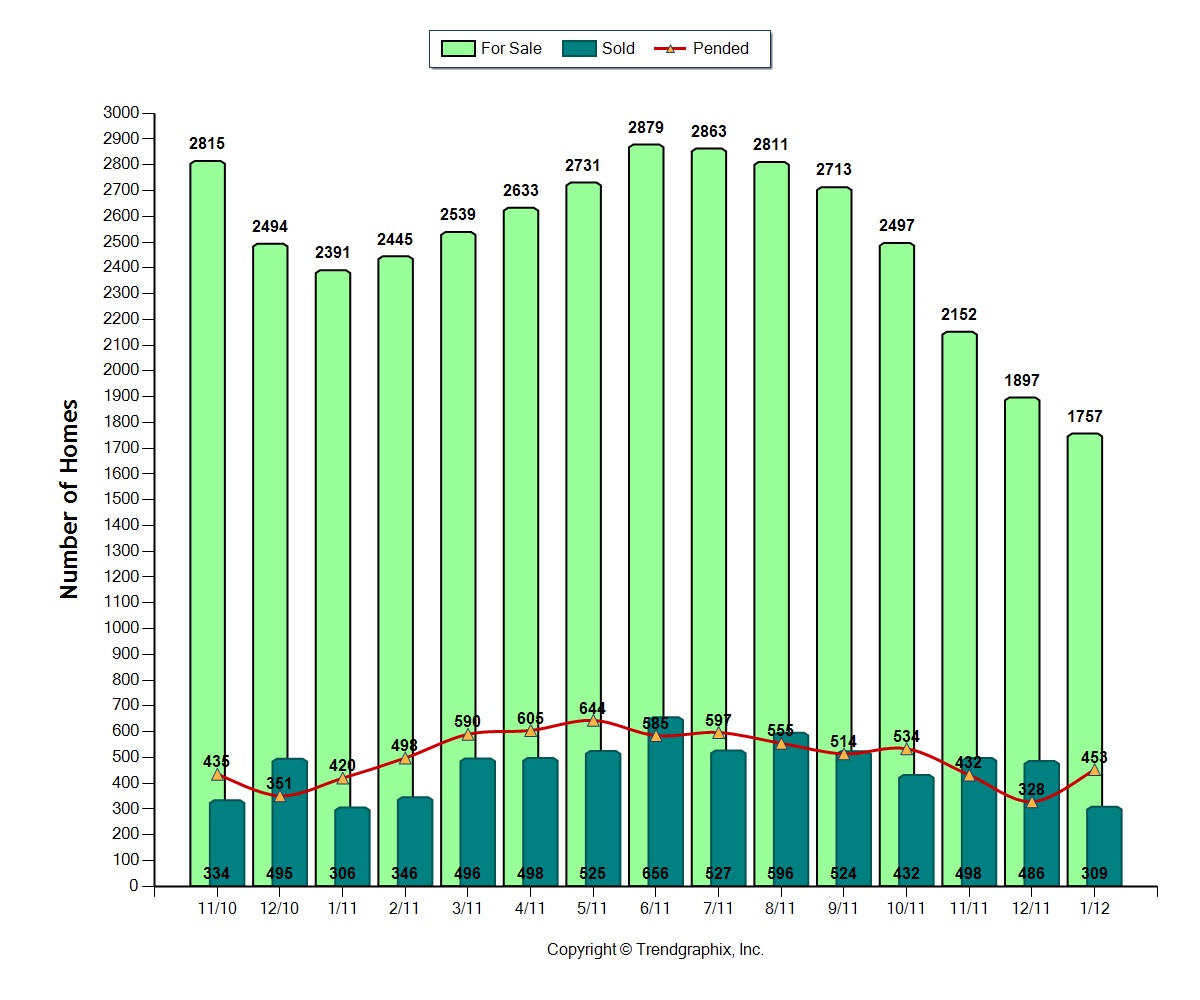 We expect this year to be a fast paced market for the homes that are priced well and show well.  We can already see the increase in activity with one of our listings.  We recently listed a home and 20 different groups came to the open house.  This means there are lots of buyers out there actively looking for a home.

I also think most people feel like the worst is behind us and it is safe to go out again and buy a home.  NPR had a piece with positive economic news on several fronts. Housing starts are up and unemployment is down.

The wrap up for January, 2012 Seattle-eastside real estate:

As in December, the actual number of homes sold did not change  much.  Last year 420 homes sold.  This year 453 sold.  The difference?  There was much more competition last year because there were 634 more homes on the market!  The lack of supply definitely contributes to a faster market.