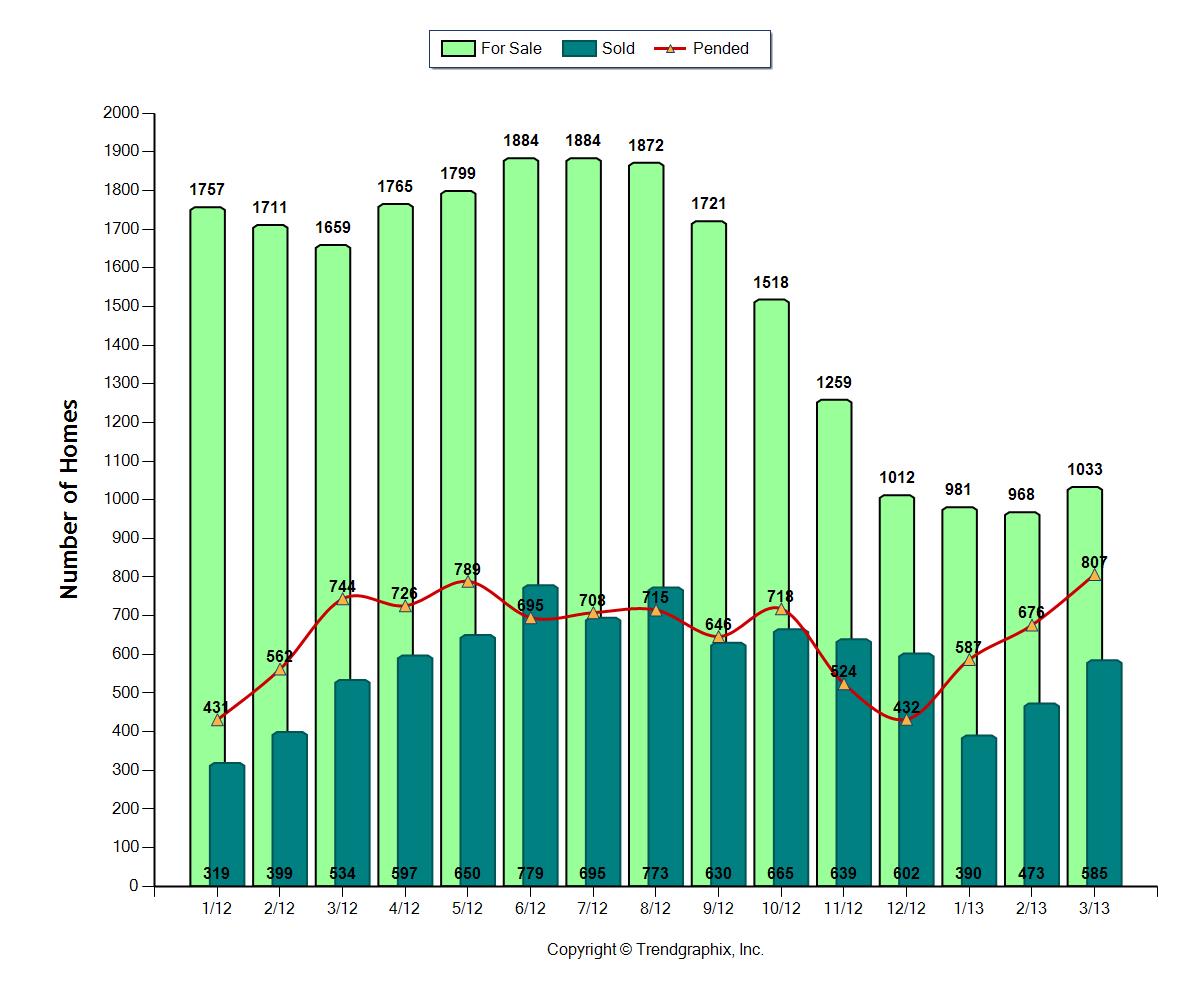 Finally, there were a few more homes for sale on Seattle's eastside in March, the first month since August of last year!

Did this increase in inventory dampen the number of sales?  So far, nothing has slowed down the rate of sales.  In fact, the rate of home sales in Bellevue, Kirkland, Redmond, and other eastside cities was higher in March than February.   Seventy-eight percent of the homes on the market sold!  There is still more than one buyer for each home, so multiple offers remain the norm.

It's been hopping out there in the real estate market on the eastside.  We're starting to see some Eastside buyers behave like Seattle buyers.  This past weekend, a buyer pre-inspected one of our listings before making an offer.  Rumor had it that there were going to be at least 4 offers on the table and this particular buyer wanted to come to that table with a very clean, straightforward offer.  Buyers in Seattle have pre-inspected homes for years when the market has been hot.  It's not something we've seen as much on the eastside, but we wouldn't be surprised if it continues.

The Seattle Times reported  a 17% increase in pricing from March, 2012 on the eastside.

It was the biggest monthly percentage gain since April 2012, when King County’s median home price started rising after 19 months of decline.