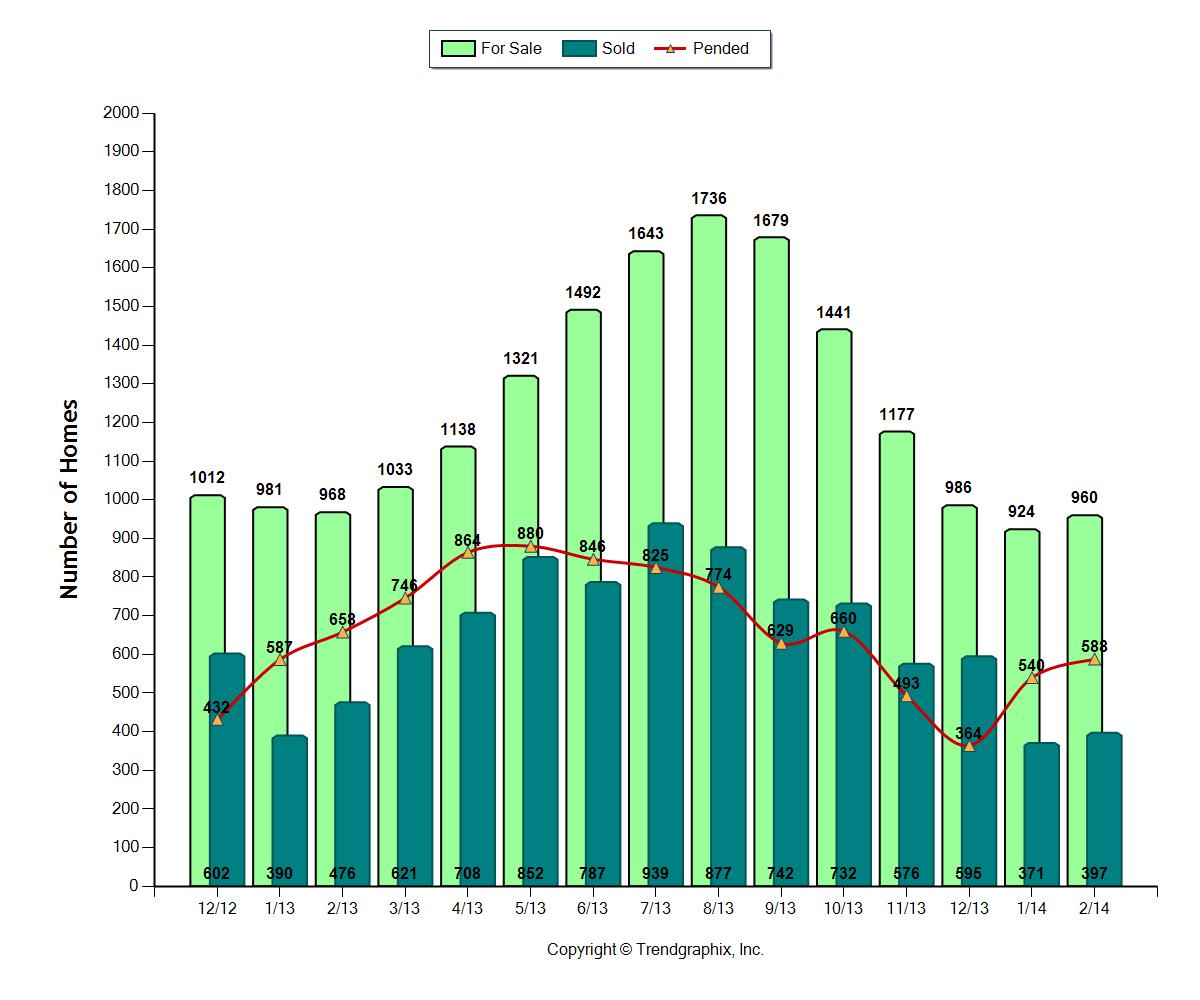 It's unusual that both January and February of 2013 and 2014 started out with a similar supply of homes for sale. Both years began with a very short supply.  The lack of inventory experienced in 2013 continued into 2014.

Even though the supply of homes for sale was the similar,  the number of sales were less this year than last.  This February 558 homes sold, whereas in 2013,there were 658 sales.  It's suprising, given the positive attitude of the real estate market and the low unemployment rate in the Seattle area (see #115)  This year's fewer sales could be with the low inventory, prices have risen and buyers are becoming more selective with a home purchase that could cost more this year than last.   Some agents think the Superbowl had an affect on lower sales in February.  When people are busy with major events, and the Superbowl was major for Seattle, real estate can get put on the back burner. March sales figures will be more telling in that regard.

If a house comes up for sale that's a great home, though, look out!  Usually there's more than one buyer for a terrific home. The houses that sell really capture the hearts of the buyers, and often more than one buyer at a time.  We just sold a home to a buyer who was competing with two other buyers for a house.  Our buyer got the house, which they love, but paid more than full price by to win house over the other buyers.  With competing offers, often the only way to get a house is to pay more than any of the other buyers and include your first born!

The press reported that home prices dropped both in January or February this year.  Yet, home prices have jumped since  February, 2013.  Median pricing this February was $676,000 over last year's median pricing of $567,000.

If you have questions about the value of your home in this market, don't hesitate to contact us.  We'd be happy to let you know how real estate is performing in your neighborhood.