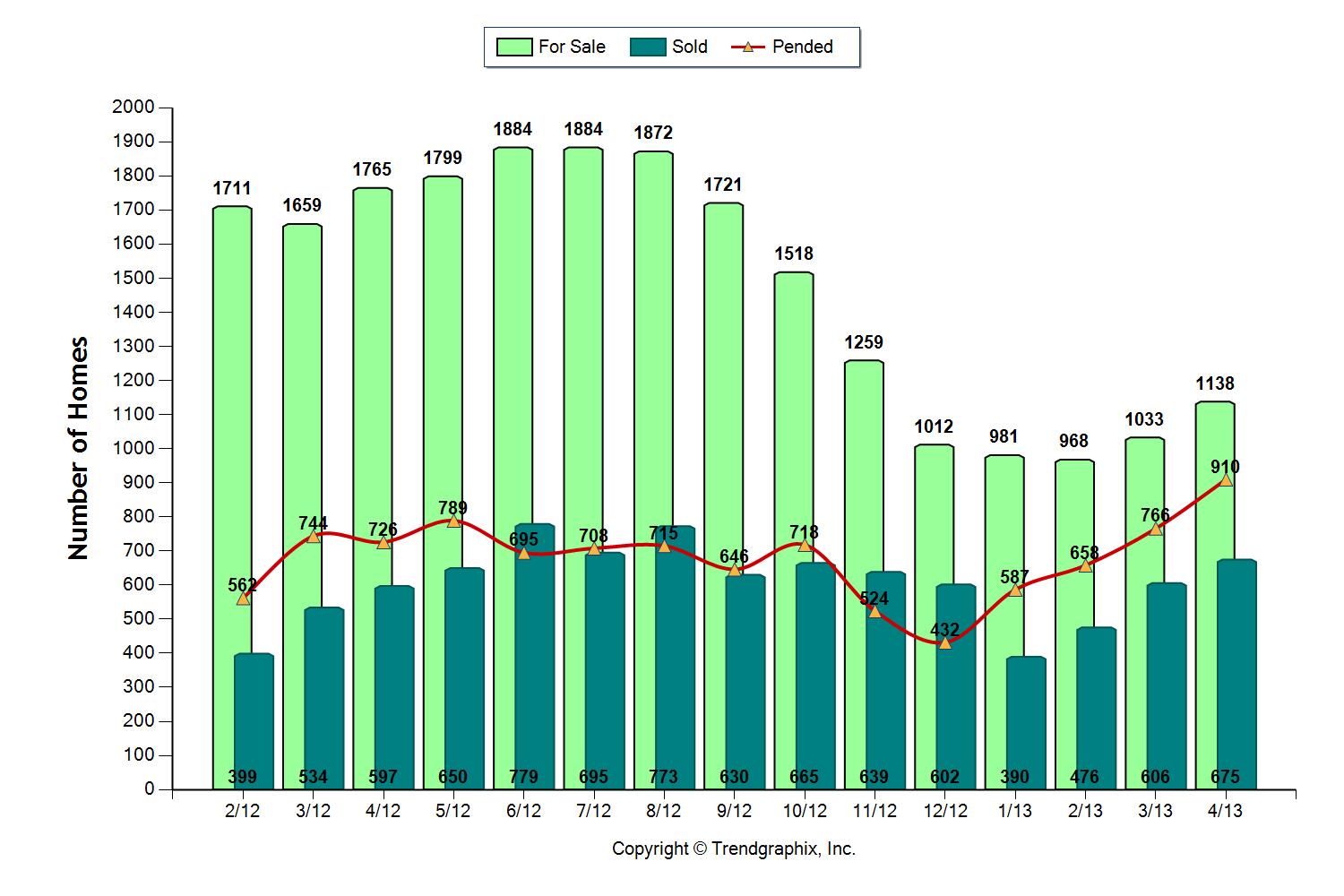 Buyers don't despair.  We're starting to see a significant increase in the number of homes for sale, which is good for buyers.  Sellers still have the advantage in the marketplace, though, because the supply is still low when compared to previous years when 3000-4000 homes were for sale each month on Seattle's Eastside.

Will the market ease up for buyers if more homes come up for sale?  More than likely if the supply increases, the market will still perform well for sellers, but it may not be as frenetic.  It still will be a matter of time before there are any big changes to the marketplace, but it will be interesting to see how the rest of the year plays out.  We believe more homes will come up for sale as typically happens each summer as the school year comes to a close.  Will this change the marketplace dynamics between buyers and sellers?  Probably not much at this point, because we're still on the low side of supply.