Is the Seattle Eastside Real Estate Market Healthy in the First Quarter of 2014? 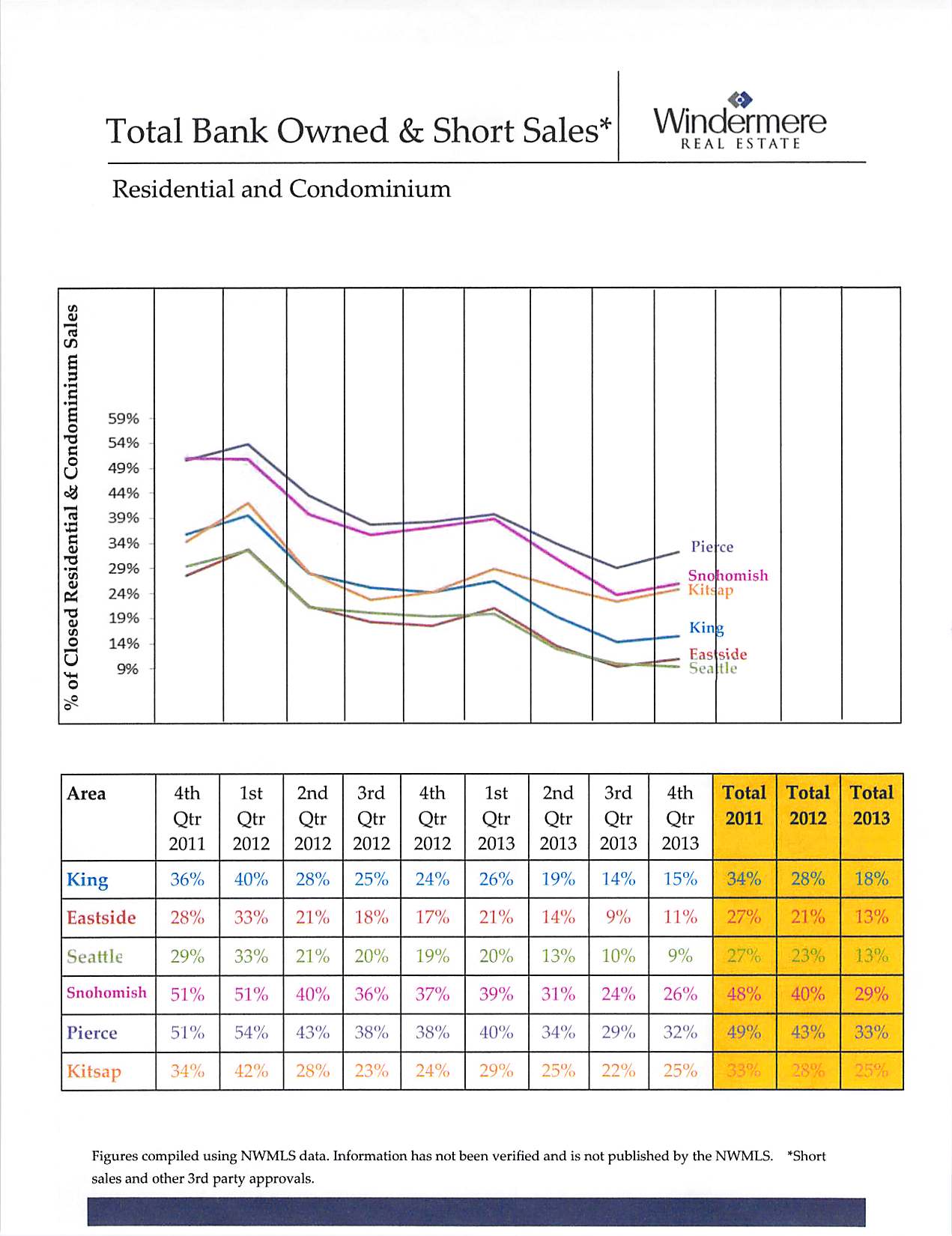 The number of distressed sales, bank owned and short sales, has dropped in half from 2011.  Only 13% of the real estate sales on Seattle's Eastside at the close of 2013 were distressed sales.  More and more homeowners are reaping the benefits of the increase in sales prices and are no longer underwater.  This is good news for the marketplace and bodes well for 2014.

Prices should continue to increase as long as the general supply is low and the demand is strong.  We expect to see even fewer distressed sales this year as the market is heating up with the low inventory.

How Many Home Sales on Seattle's Eastside Are Distressed Properties?

Are there a lot of distressed property sales on Seattle’s eastside? These are bank owned/foreclosed properties and “short sales,” requiring 3rd party or bank approval. A short sale is when the seller is selling the home for less than the amount owed to the bank, so the seller is “short” on what is owed to pay off the bank.

The topic of foreclosures has been in the forefront of the news lately, with talk of robo-signers, sloppy paperwork and the like.  People are worried about how this affects the economy in general and, more specifically,  our Seattle-eastside real estate market.

The charts below show the total percentage of distressed properties, which includes short sales and bank owned properties.

The next two charts show those sales that required 3rd party approval (short sales), and those that were bank owned.

Not surprisingly, Seattle proper and the eastside have fared better than Pierce, Snohomish, and Kitsap counties.  Although Kitsap county did have among the lowest number of short sales in some quarters of the past year.  The stronger markets in Seattle and on the eastside are a direct result of the stronger and more diverse economy and job market in these areas.  The area is the beneficiary of hi tech, engineering, and bio-tech jobs than some of the other counties.  People who work in these fields tend to live closer to or in Seattle or on the eastside.  (Although these jobs can be found all over western Washington, there is a greater concentration in the great Seattle area.)

What do you think about these numbers?